Will Play to Earn Become the New Free to Play? – MMORPG.com

Steven Weber Updated: May 4, 2022 12:24 PM Posted: May 4, 2022 12:00 PM
Category: Editorials 0
Before the age of Satoshi’s, meme coins, and the overwhelming rejection of acronyms such as NFT, we MMORPG players were graced with another distasteful choice in monetization schemes. The rise of the, once hated, but now widely accepted, Free to Play model has stood the test of time. Will Play to Earn go the same way?
Circle ‘round young MMORPGers and hear the fable of an online game world entirely subscription based. Yes, the golden age of MMORPGs once existed, where the vast majority of the online gaming smorgasbord consisted of a single monetization model – the subscription. More than two decades have passed since that time, and your elders speak of it fondly, but here we are in 2022, where you get to have flexible monetization options like Free to Play, Buy to Play, Subscriptions, Cash Shops, and now the impending Play to Earn, so that you can inevitably choose how you would like to contribute to your favorite games’ ongoing development.
Over the last 2 decades, however, it may surprise the younger crowd to learn that every single one of these monetization transitions were met vehemently with mistrust, skepticism, and overwhelming rejection. Even the beloved Free to Play model was looked down on, and in some cases, it still is. If you were first introduced to MMORPGs in the post 2010 MMO Era, this is all you know. Unsurprisingly, as stagnant as the genre of MMORPGs has been for the past decade, the truth of the matter is, MMORPG’s are more popular than ever. There are literally hundreds of MMORPGs on the market between PC, Console and Mobile, with millions of players logging in each and every day. Eking out a niche player base is about the best most new games can ask for, and to stay competitive, many games have to offer a wider range of options. 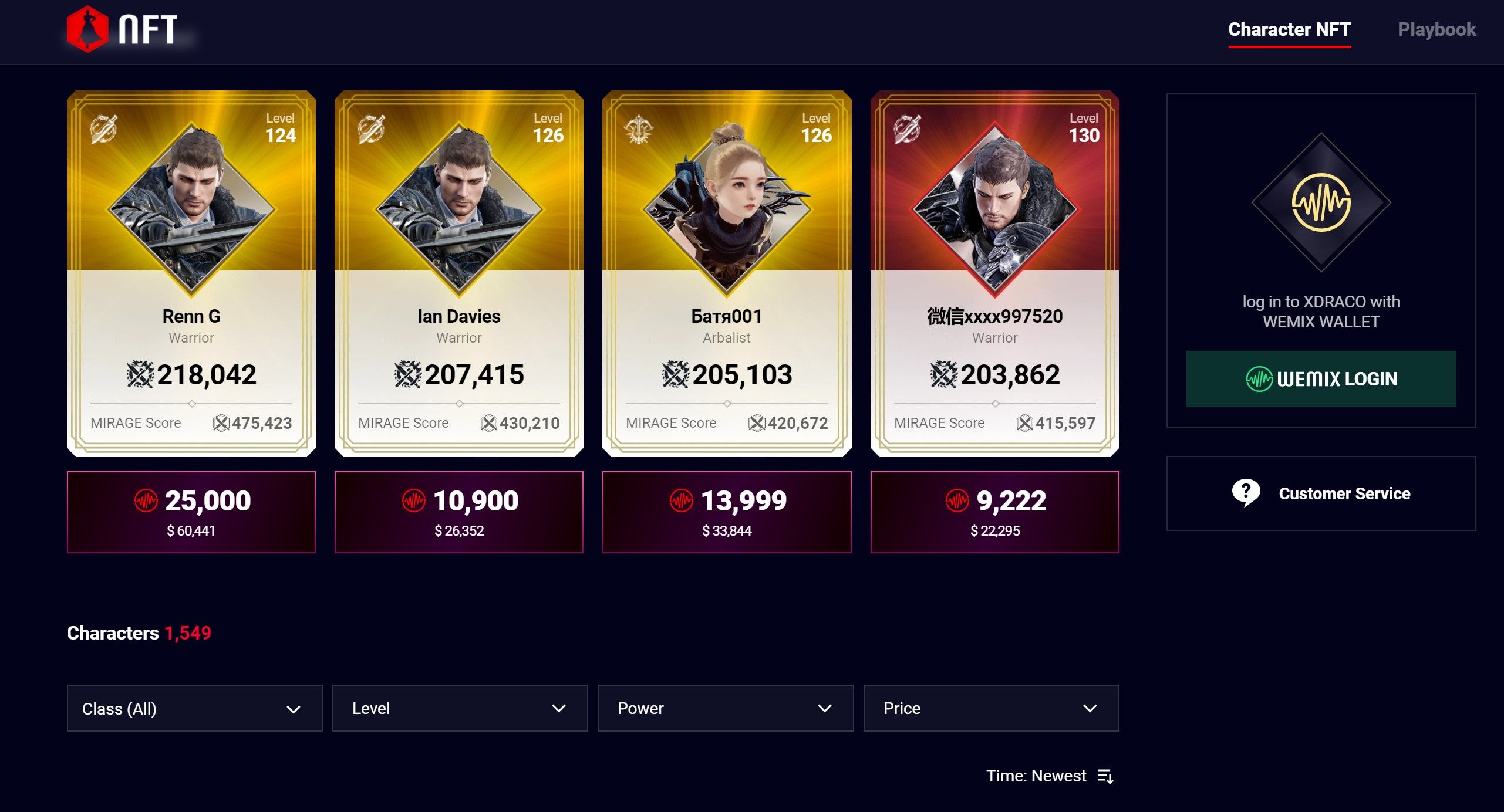 We see this not just in monetization, but in platforms. Many games have often pandered to the largest sect of gamers on the planet, the mobile gamer. From a business standpoint, who could blame them? And of course, who could forget the many games that capitalize on the majority of monetization models, all at the same time. They’ll provide a Free to Play version where they’ll introduce a season pass subscription, alongside heavy RNG lootbox monetization, and then encapsulate it all within a dedicated cash shop. You could make an easy argument that this evolution is the exact thing that the gaming-monetization-protesters were worried about.
Within the same breath though, the utilization of these models has ended up prolonging the shutdown of many games, provided additional funds for ongoing development, and made many games far more accessible to a wider range of players. More importantly, despite a small faction of Indie games promising subscription-only options, it would be nearly impossible to put the monetization genie back in the bottle. I think, at this point, it would be just as hard of a sell for players to accept the “no more Free to Play” ideology too. 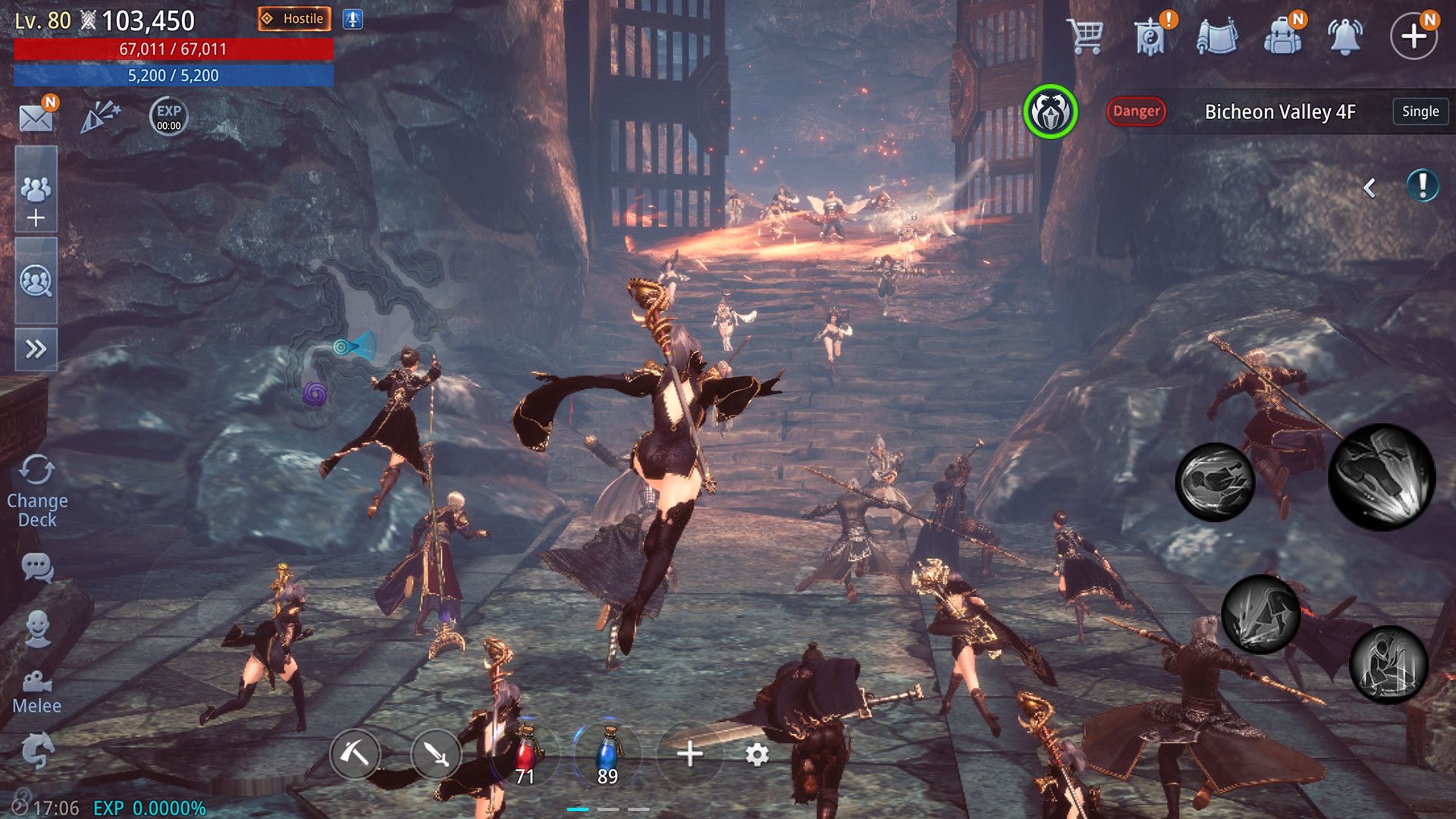 Yet here we are, in 2022, and what stands before us is a new monetization model that has been rightly questioned, is poorly understood, and wildly coveted by a zealous type of gamer alongside a growing number of obliging development studios. It may come as little surprise, being the author of our MMONFT series, and the only member on staff that has investigated these games, that I’m not an anti-blockchain guy. I consider myself blockchain-curious. My opinion is that there are some very valid uses for the technology, some unproven claims of the abilities of the tech, and some flat-out scam-worthy uses of it. This article, however, isn’t about my opinions of the technology, but the perception of how companies might see the technology affect their bottom line. It’s no secret that games that have fallen out of favor with players are often desperate to find ways to keep going, the problem is, it’s difficult to find novel ways to make that happen when so many other games already offer many, if not all, of the same features.
One recent case is that of Bless Unleashed. It would be hard for someone to make a case that the game isn’t in trouble. Afterall, despite Bless Online never fully living up to expectations, Bless Unleashed, which was a completely new game unaffiliated with the first, still couldn’t manage to shake the perception that it improved from the first game in any meaningful way. The game currently sits at an abysmal mixed rating on Steam of 51%, with an average daily peak player count of 2000 players, down from the all time high of 76,000 during the Steam release in August of 2021. While the game is also available on both the Xbox and PlayStation consoles, it’s difficult to see the game as a rousing success at this juncture. 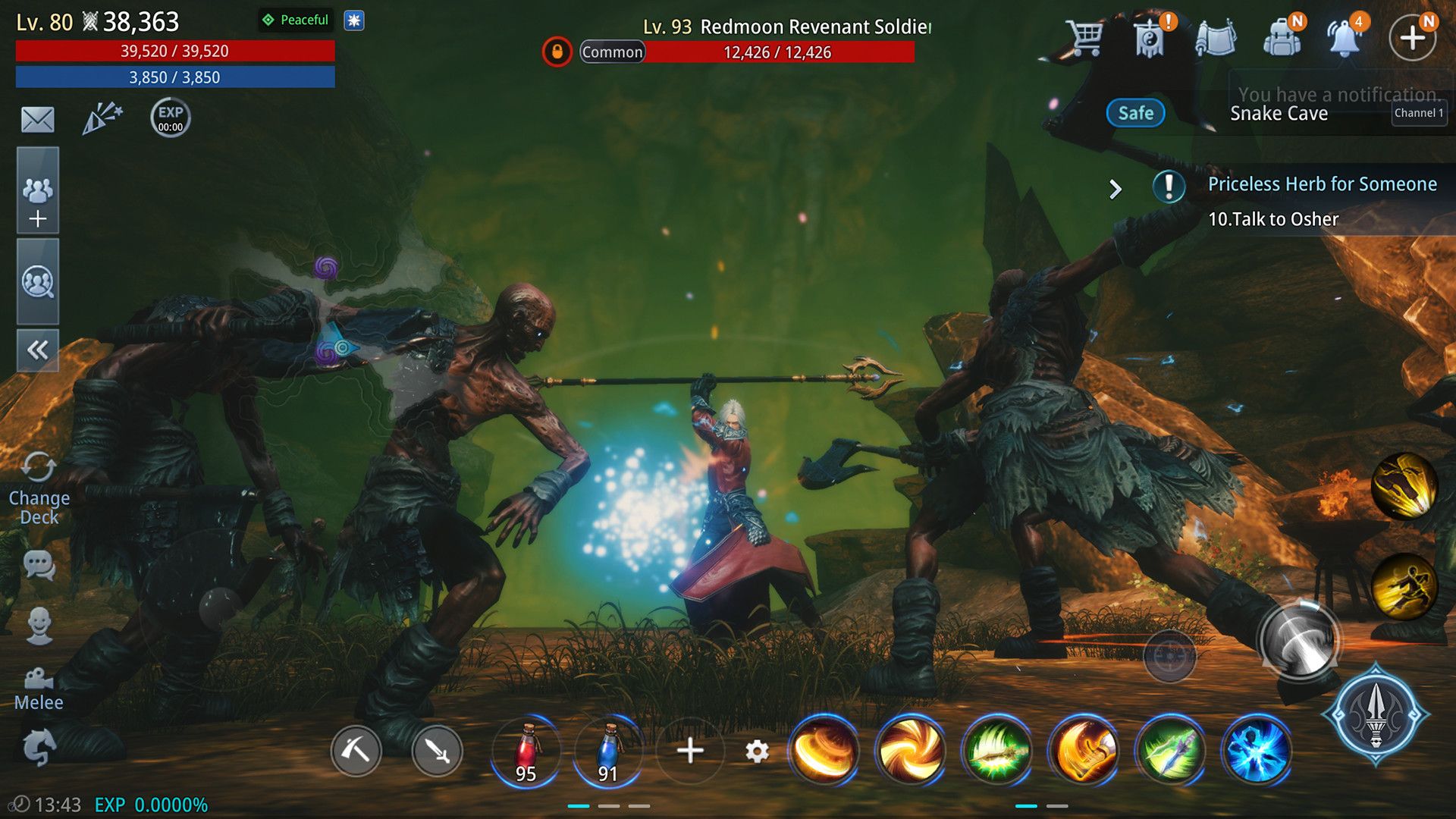 Now, watch as the curtain rises on a deal with Wemade, the developer and publisher behind the “popular” blockchain title MIR4. For those unfamiliar, MIR4 is a fantasy blockchain game based on the MIR series of games that is available on both mobile and PC platforms. While its popularity is undeniable, primarily because it is one of the most active MMORPGs on Steam, and has over 5 million downloads on Android, the game itself, in my humble opinion, is lackluster at best – and that’s me kindly choosing my words. The main unique factor of MIR4 is that it has implemented Play to Earn features, and made them somewhat accessible to everyone. This has led to a high number of bots (that Wemade has attempted to curb, to be fair), and some very questionable motives for players to even play, when there are so many far greater games out there, even where blockchain is concerned.
And still, we circle back to the bottom line. The ability to earn some semblance of real money, seemingly from just your time spent in game, is a major driving factor for players to return. Even in the worst-case scenario, where bots are farming Darksteel to make Draco’s to sell, as long as someone is buying them, the developers profit. If you look at MIR4 and think, well here’s a game with few unique features, with generally poor player reviews, and a simplified gameplay system – you could be describing Bless Unleashed exactly. So when Wemade partnered with Valofe to retrofit Bless Unleashed to work within a blockchain platform, complete with tokens, NFT’s and DeFi systems, there really wasn’t much of a question as to whether it’s possible the game could see a turn in popularity. They’ve seen just that with MIR4. 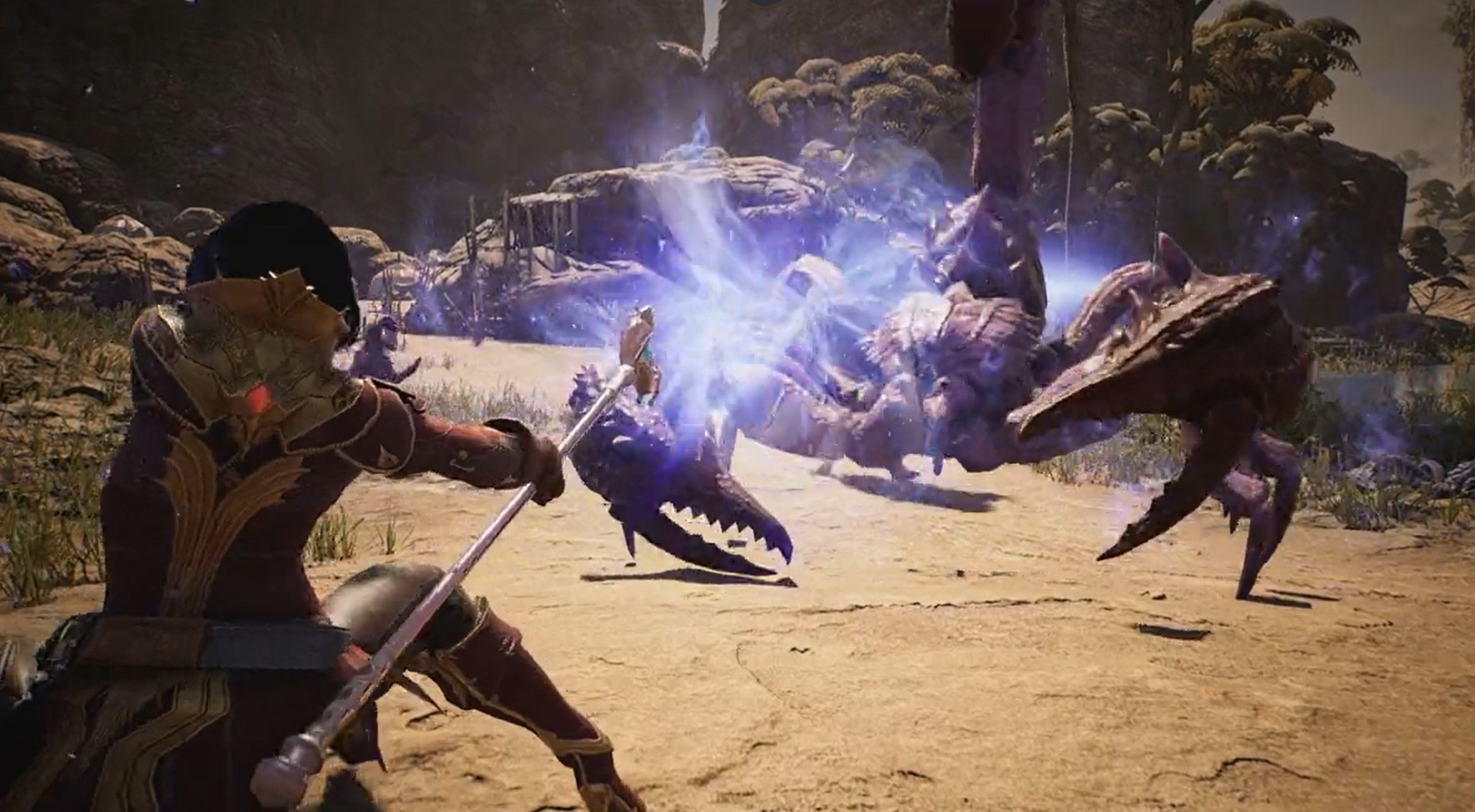 We already know there are plenty of developers looking into different ways to implement blockchain gaming, but the monetization-model-swap is one that is particularly peculiar. If Bless Unleashed ends up turning around completely, roaring to new concurrent Steam player heights, we already know how this is going to end. Any game pushed to the end of their rope would be poised to consider implementing this system. While few players probably care what happens to an unpopular game and how they stay afloat, we can’t underestimate these trends and the monetization metrics these companies base their decisions off of. In the end, we as players, having found ourselves useless in the battle against Free to Play, Gacha, and Cash Shops, may find that in ten years, Play to Earn is just another Free to Play.
Steven has been a writer at MMORPG.COM since 2017. A lover of many different genres, he finds he spends most of his game time in action RPGs, and talking about himself in 3rd person on his biography page.